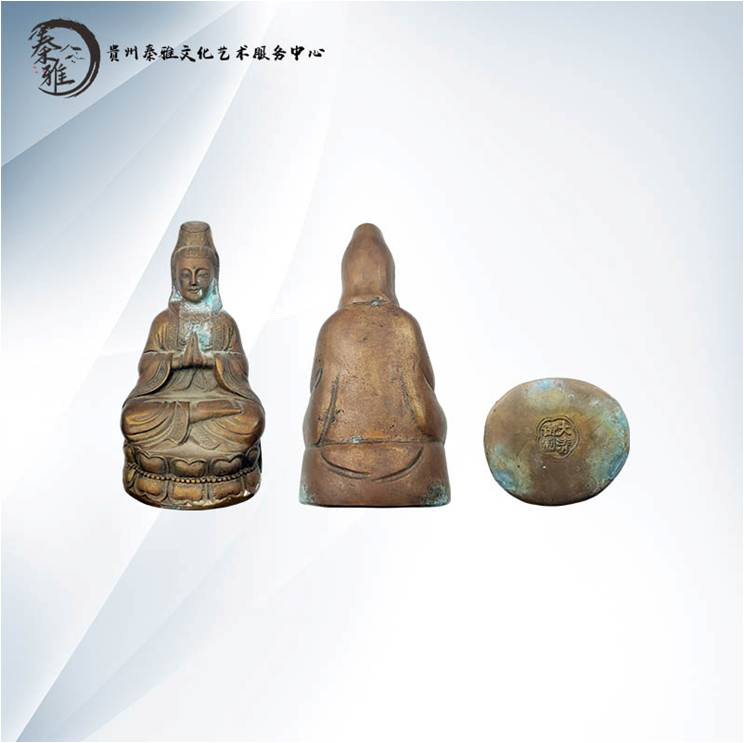 [art name]: Guanyin seated statue made by the emperor of Qing Dynasty

Buddhism believes that Guanyin Bodhisattva is called Guanyin Bodhisattva of great compassion to save suffering and difficulties, also known as "Lotus Guanyin". His appearance is dignified and kind, his hands are often closed, he has boundless wisdom and magic power, great compassion and universal salvation of human suffering. Guanyin lotus seated statue is the most popular deity in Buddhism. It is also a Guanyin worshipped by Chinese people. For thousands of years, Guanyin has been deeply believed by all living beings.

three This sitting statue of Guanyin is about 13.0cm high, about 6.60cm bottom diameter and about 434g weight. It is made of refined copper. The copper is refined and solid, with dignified and beautiful shape, solemn appearance, symmetrical proportion, beautiful posture and exquisite details. The whole character is vivid and ready to come out. It has unique artistic appeal and is amazing. It fully shows the superb art skills of ancient bronze carving. It can be called a rare handed down treasure and Buddhist holy thing.